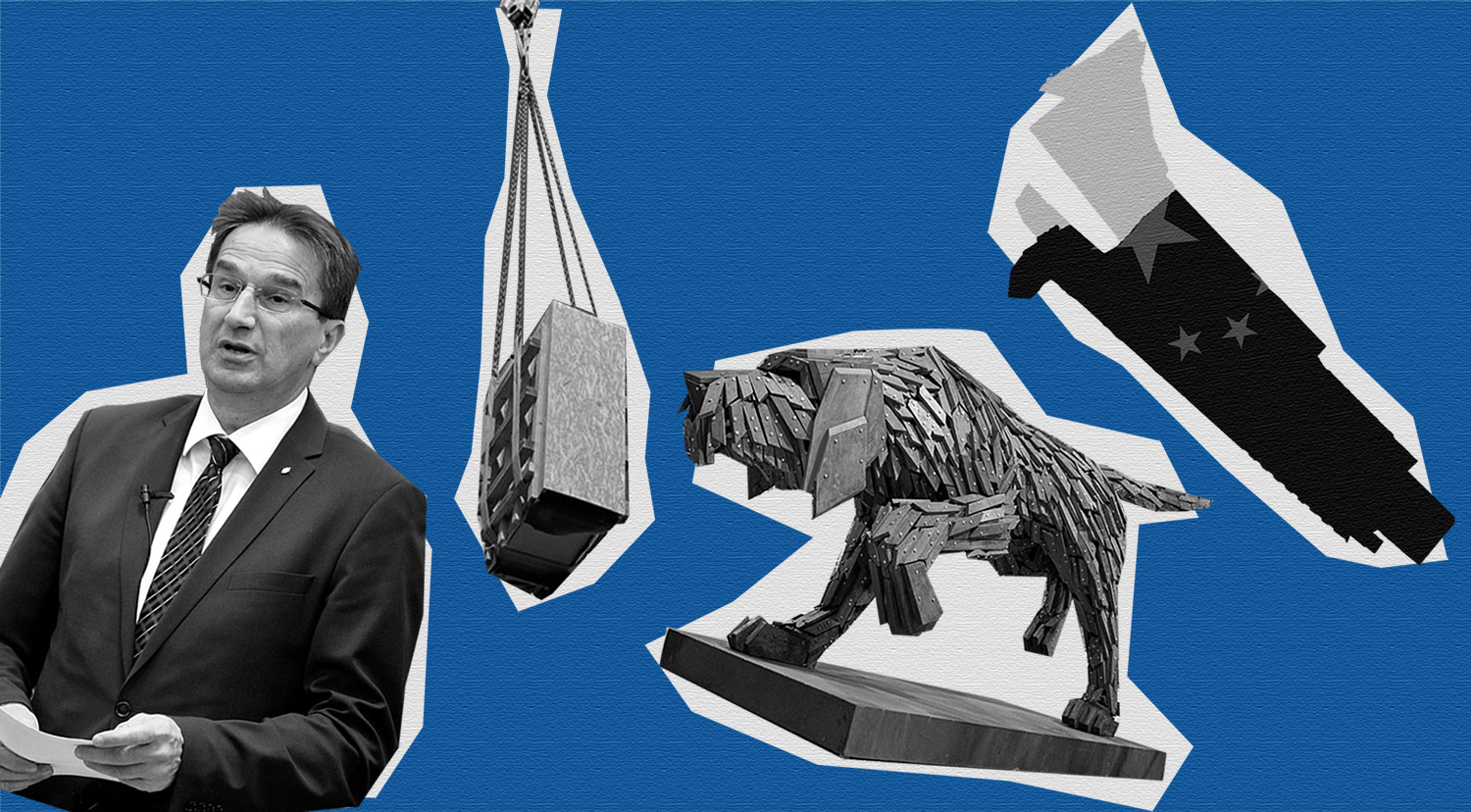 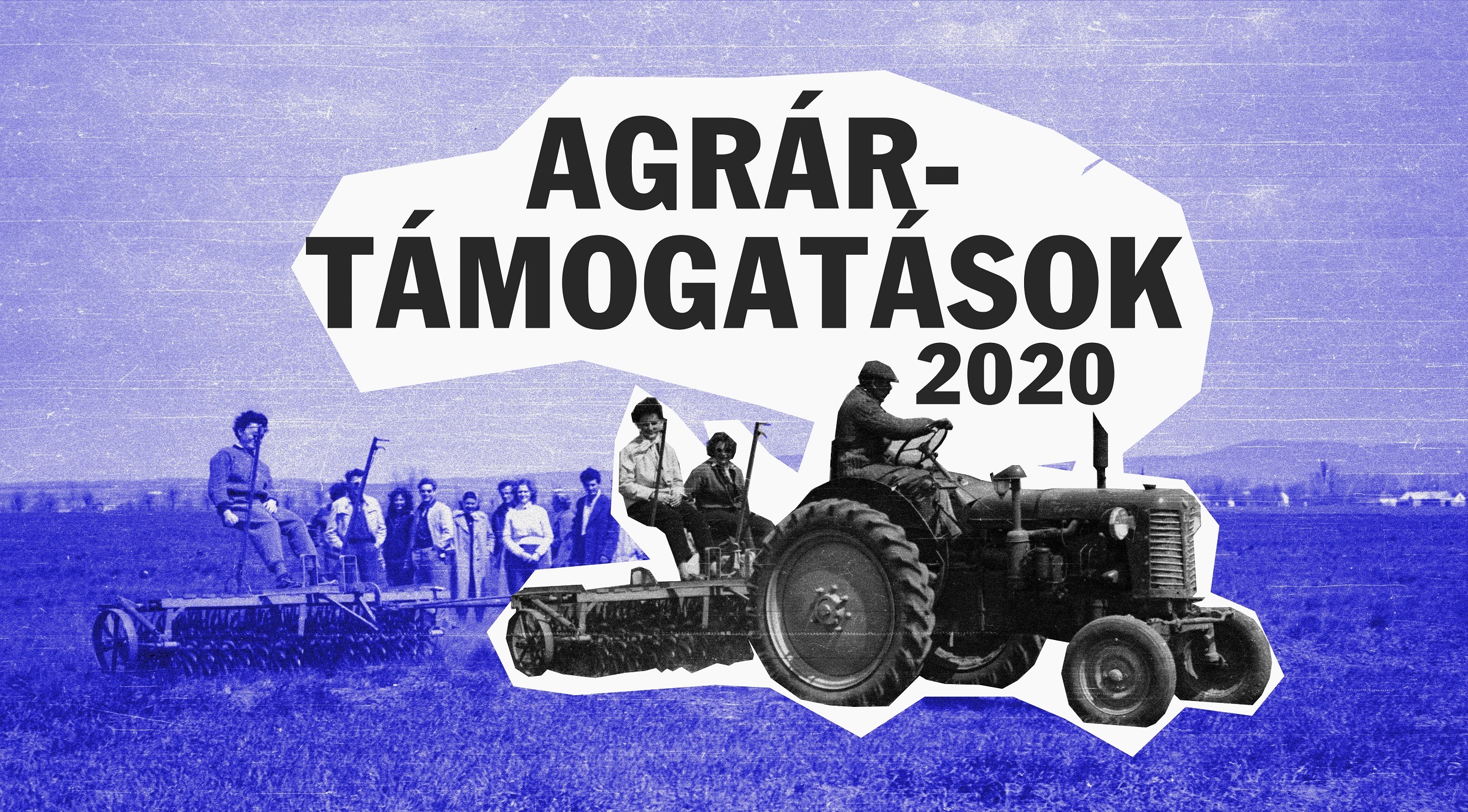 There is nothing mysterious about public budgets: it's our money!

Imagine a country where citizens and public bodies come together to solve the most important issues they face; and allocate public funds accordingly. Where the decision-making process is transparent and accountable, and where you have a real say in the policies and services that shape your life. In Hungary, the budget process, that distributes almost half of the national income, operates against these democratic principles. The latest Open Budget Survey shows that Hungary is far behind other countries of the CEE region in almost all aspects when it comes to transparency and participation related to the national budget. 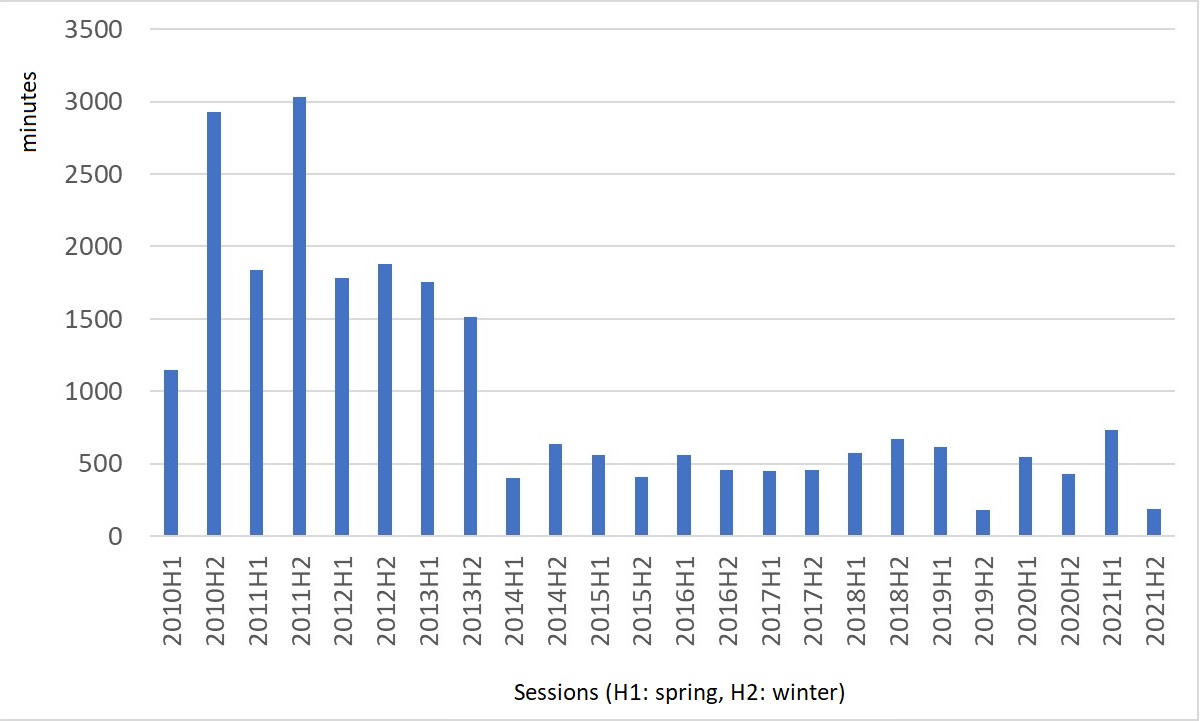 Arbitrary decisions on billions of Forints are made by a handful of cabinet members and advisors, while in many cases, even Members of the Parliament are bypassed due to COVID-related state-of-exception measures. Once in a blue moon one can read public policy analyses and articles using budget data, and even the Parliament's budget committee convenes less and less often. Other stakeholders, NGOs and local governments are also ignored - and worst of all, the budget literacy of the pressure groups is also missing, since they feel like they don’t have a say in decision making, and therefore, learning about these documents seems unnecessary. The math behind progressive policy recommendations is often missing. Decision makers - with the mystical knowledge of the Budget Numbers - react with contempt. National budget is of course a decision on the allocation of tax money, but due to the lack of transparency, the Government can make autocratic decisions as if pork barrel investments benefiting only a handful of wealthy people would not be missing from social, educational and health care spending.

In the last two years, K-Monitor in cooperation with the Heinrich-Böll-Stiftung Prague created a collection of resources, best practices and inspirational materials to promote transparency, accountability and public participation on the local level in Hungary. Last year, K-Monitor published a study which showcases community solutions of municipalities, civil society and local communities to conquer the effects of the pandemic - but also, government centralization.

Grassroot practices of participatory budgeting or public hearing advocacy shows the emergence of a different perspective on public budgets and the revaluation of budget literacy. This year, our goal was to go one step further, and to learn about the possibility to reconquer this area of social action on the national level. Our goal was to find a way to represent budgetary constraints as democratic decisions of social priorities, that impacts day after day the quality of life we enjoy. Transparency of public data is (or would be) necessary but not enough if the ability to read, decipher, and understand public budgets is generally low, and gatekeepers (NGOs, experts) cannot support it either.

Thanks to our cooperations with municipalities, transparent budgeting is a reality in several Hungarian cities that allows members of the public or civil society organizations to participate in the decision making and practice oversight.

In 2021, K-Monitor continued the advocacy effort on the issue of participatory budgeting (PB), already present in several Hungarian cities. This new democratic tool makes it possible for ordinary citizens not just to see how decisions are made but also to take part in shaping them. By autumn 2021, a dozen of cities of various sizes already carried out their first participatory budgeting project in Hungary, yet there are many more projects to be realized. The knowledge on best practices spread slowly, partly because of a lack of fora where practitioners can share and discuss their experiences and know-how.

In October, we organized a workshop with 20 participants to discuss the experiences about PB, and to find solutions to shortcomings of the processes. With researchers, NGOs and the representatives of the Municipality of Budapest, several districts, but also council members and staff members from cities of Gyöngyös, Miskolc - we used a participatory method to identify and discuss the most important problems participants are facing. Thus, we used a problem solving template worksheet to find feasible solutions to the problem of the disengagement of the administrative staff, the involvement of those initiated the project to the implementation and the creation of the possibility of meaningful deliberation and debate during the PB process. Apart from this, K-Monitor published several blog posts on participatory practices in which it assessed the participatory practices (among them, PB projects) that took place in Hungary. The purpose of this was to give technical feedback to the project owners, which is different from the often politically inspired reactions they can collect from their local constituency. 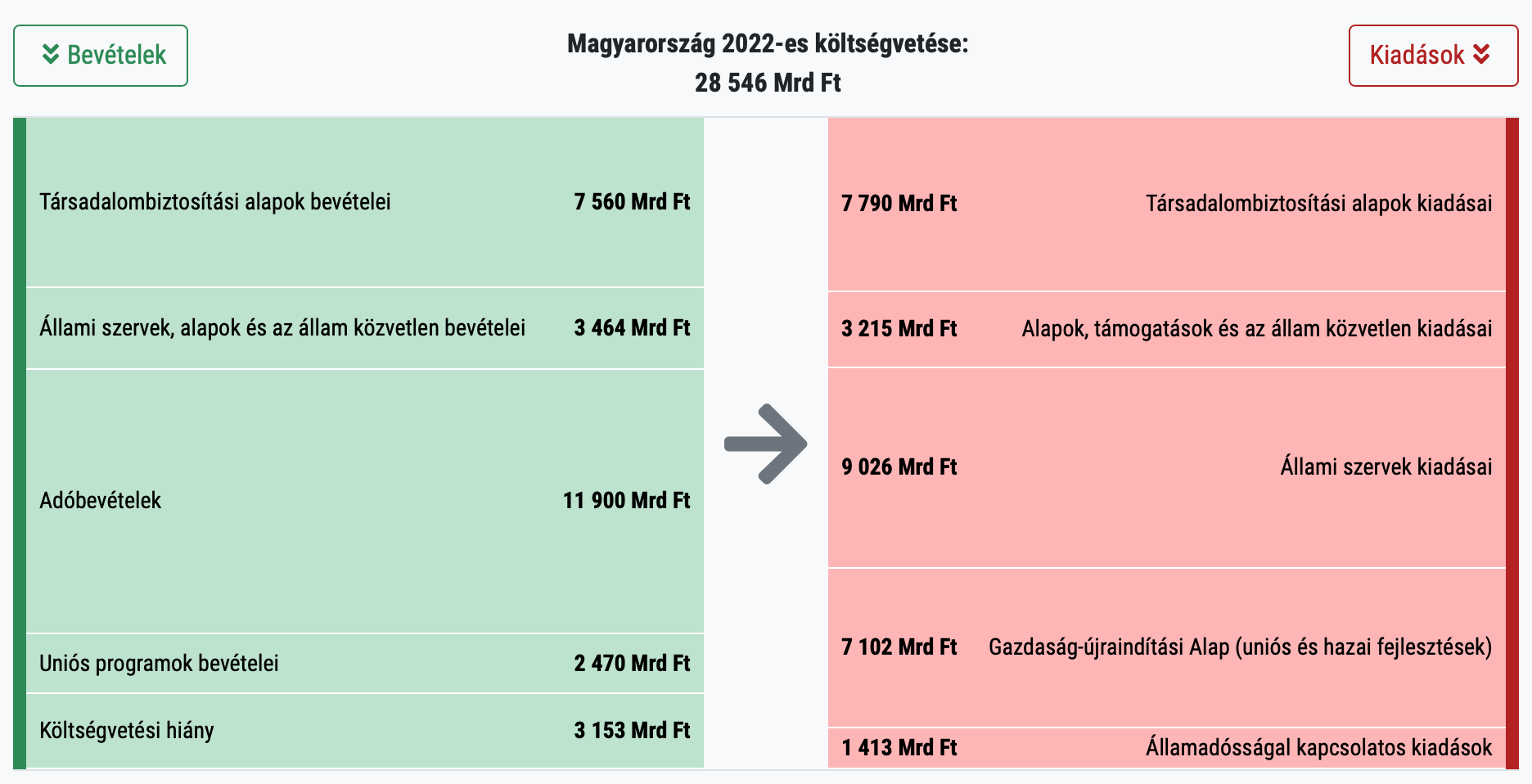 In late November, we published a website covering the 2022 national budget with a data visualization based on comprehensive data. The central government has never created a 'Citizens’ budget' document that would illustrate how the money is being spent and why. Our goal was not to do the government's job but to draw attention to the lack of transparency of the budgetary process, including appropriate reporting, solid data and comparability with international standards. On the website, visitors can read information snippets in plain language. Apart from demonstrating the usefulness of a national-level ‘Citizens’ Budget’ website, our message was simple: there is nothing mysterious about public budgets: these are not empty numbers, it's our money, don't ignore it! With more than 15 thousand individual visitors, and solid media coverage, the project gained significant attention. The reason for this is simple: until now, these figures were only available in hundred-page long documents, not even accessible in machine-readable format.

On the top of that, opening up public budget is now available for all state institutions, since the tool we developed to visualize data is an open-source software, available on Github. We plan to make extra efforts to document our practice and spread this opportunity among the possible users. In addition to the open format of the website, we also made a clear statement about policy recommendations by publishing the study of Balázs Romhányi, Executive Director Fiscal Responsibility Institute Budapest, and the former leading economist of the - now non existent - Office of the Fiscal Council Republic of Hungary. The text itself is a Kafkaesque journey through the presently available budget documents, that tries to compare the amount of money spent on higher education before and after the shift in governance models for Hungarian universities. The inconclusive nature of such investigation on a topic of such general interest clearly shows, that there is a lot of room for improvement in this area.

These activities were made in cooperation with Heinrich-Böll-Stiftung Prague. 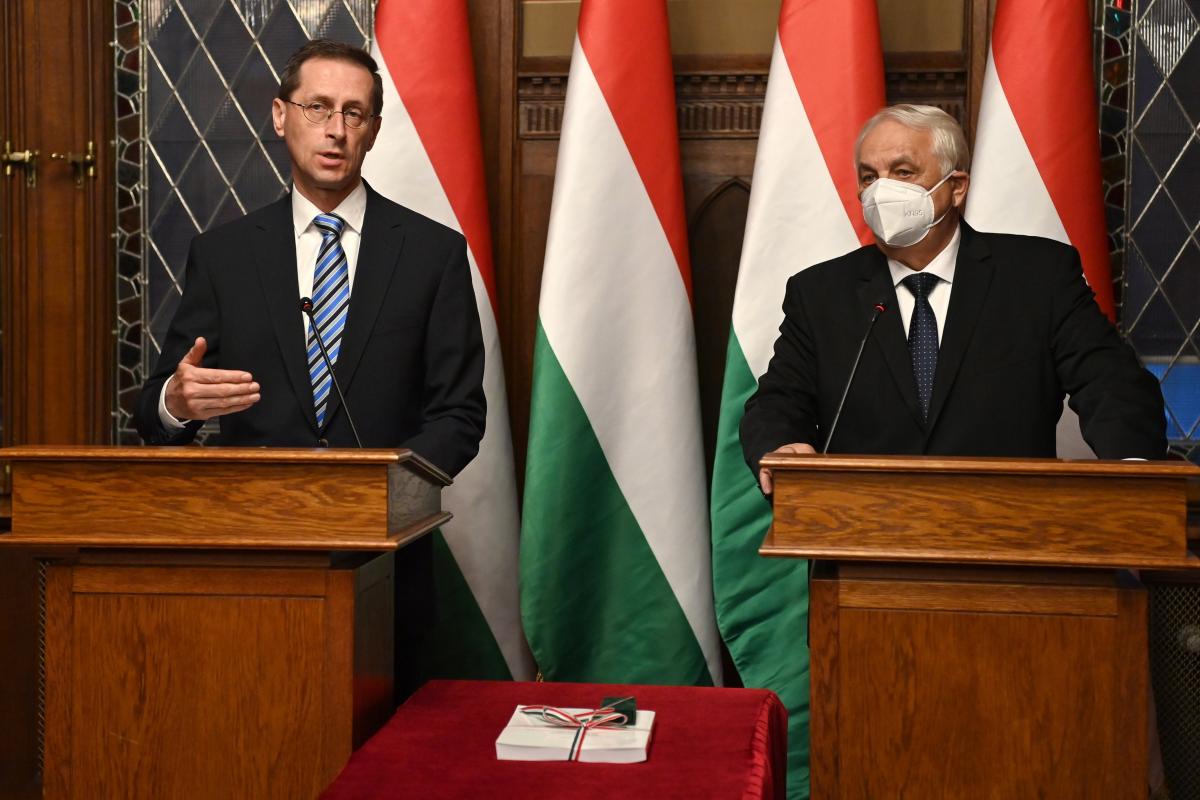 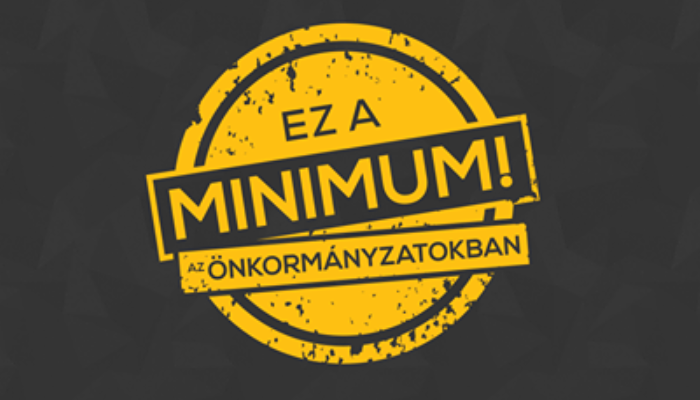