Between May and July 2020, we conducted 64 semi-structured in-depth interviews with representatives from 35 organizations in 35 different local entities in Hungary, Poland and Romania, involving both activists and local government officials. Our main ambition was to learn about the narratives used by our informants to describe their efforts to transcend the difficulties of their local political contexts, especially regarding conflict-of-interest situations and their dilemmas about the roles they play. 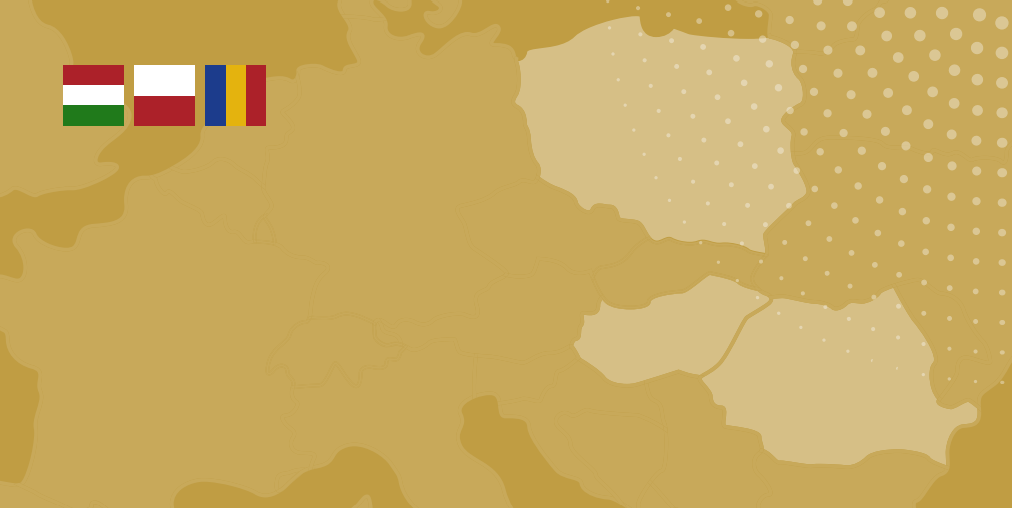 This research is the result of a collaboration between three partner organizations sharing an interest in intersectoral collaborations that strengthen accountability and citizen participation in Central and Eastern Europe. ePaństwo Foundation (Poland), Funky Citizens (Romania) and K-Monitor (Hungary) conducted research in their respective countries to explore the experiences and difficulties that advocacy organizations and informal initiatives face when seeking collaboration with local authorities. We aimed to look beyond the institutional understanding of formally established partnerships or alliances and concentrated instead on the self-determining interactions between activists and decision-makers involved in local cooperation. Therefore, we selected cases that cover both compromise and conflict as equally relevant strategies for the parties involved, and disregarded out-contracted public services, one-time collaborations or externally determined contractual frameworks. The research report consists of one horizontal chapter that generalizes the findings and three country chapters with four case studies each. Between May and July 2020, we conducted 64 semi-structured in-depth interviews with representatives from 35 organizations in 35 different local entities, involving both activists and local officials.

Our main ambition was to learn about the narratives used by our informants to describe their efforts to transcend the difficulties of their local political contexts, especially regarding conflict-of-interest situations and their dilemmas about the roles they play and the political claims they make. This is particularly relevant in present-day Central and Eastern Europe, where the widely shared perception of democratic backsliding and the closing civic space in national-level politics have triggered a change in the attitude and the toolkit of local civil society. Seeking collaboration with local partners amidst political tensions is about rediscovering the power of acting in concert and institutionalizing distrust to enable trust. Establishing a collaborative democratic scene away from party politics has the potential to transform both its participants and the community at large. As a result of globalization on the one hand and centralization on the other, local governments have become more and more overloaded by social and economic tensions. It cannot be denied that in most contexts, this has resulted in the suppression rather than the flourishing of local democracy. Still, by looking at the strategies with which local civic actors approach such (often unlikely) collaborations with local authorities, we can learn a lot about the power of civility to prevent isolation and political antagonism, to stand up against the systemic restraints to democratic dialog and to contribute to empowered local self-government.

While the professionalization of these interactions has strengthened the institutional capacities of local civil society actors, it has also brought them under tighter regulation and control. Partnerships around broadly consensual policy goals have become the conventional form of the state-civil society relationship, thereby facilitating the outsourcing of public tasks and the provision of public services to civil society organizations. By means of such quasi-private, often informal contracts, civil society and local governments share their resources as formally equal parties to achieve common goals. But such partnerships, promulgated by developmental programs, are increasingly being perceived as a form of political co-optation, whereby social actors have no power and publicity to make claims about the democratic legitimacy and the justification of the political process. The apolitical nature of this type of cooperation has pushed many civic initiatives toward non-risky activities, instead of targeting systemic shortcomings. Less established stakeholder relationships were widely regarded as ill-equipped for cooperation and have therefore been ignored.

Toward a new localism?

In our interviews, this partnership rhetoric served as a negative point of reference in relation to which the informants criticized the democratic shortcomings of their local contexts. Since the 2010s, many activist groups have tried to strategically move away from excessive reliance on local government partnerships and towards building local embeddedness to make their operations more independent from partnership contracts. This trend is closely linked to a renewed interest in local issues and urban activism and the use of civic techniques such as citizen journalism, community organizing, public information requests and other kinds of watchdog activities all around the region. This new localism has also triggered a more open approach on the part of local authorities to legitimize themselves via fashionable digital tools and more opportunities for consultation and public participation. Contrary to the one-sided emphasis on the financial terms in CSO-municipal partnerships, our analysis documents a growing interest in the democratic role of local collaborations in improving local civic ecosystems. Activists exert influence on local politics by the interconnected practices of participation, representation and deliberation. Participation as a realm brought about through civil society, and the neutral realm of representation through the electoral process, are often described as mutually exclusive logics.

By contrast, we have found that the processes of creating new ways of citizen participation and emphasizing the lack of democratic values in political representation interpenetrate each other. By making political claims while tackling concrete local problems, activists can meaningfully connect abstract principles to the deficient social and political conditions of their local context. This process of making representative claims is of crucial importance, since it enables local actors to elaborate on local policies beyond appealing to the goodwill of politicians. Committed to the common good, civic society organizations and local authorities thus work to co-create hybrid institutions that empower local community efforts. While this changes the modus operandi of local governments from “command and control” to “facilitate and support,” it also means that local actors become interdependent. As one of our Polish interviewees noted, if there is no local government, there won’t be any cooperation at all.

In Hungary, the spread of civil society during the 1990s was followed by an imperfect institutionalization of local collaborative practices where CSOs were brought under economic and political control. The discourse on partnership was largely steered by the ‘Westernization’ of civil society as Hungary gained EU membership. Bureaucratic management and project-based funding, leaving little room to question the status quo, often overshadowed civic strategies during the 2000s. After the zenith of the partnership model, Hungarian civil society needed to modify its tactics, also due to the political changes in 2010. The Orbán government has exerted power over the sector through recentralization, creating an ever more shrinking civic space. CSOs reacted to the hostile environment by nurturing new alliances and better local embeddedness, thus becoming relevant players in local politics. After the 2019 municipal elections, victorious opposition politicians promised a better inclusion of civil society in decision-making processes. However, systemic change does not come all at once. Activists are now struggling to change the local authorities’ fixed technocratic attitude and lack of a culture of collaboration, which undermines the commitment of the newly elected leaders.

The report on Poland tries to identify the most important challenges and preconditions for the implementation of successful cooperation. The chapter focuses on CSOs that support transparency, promote open data, and enhance social participation. The case studies describe four possible patterns of collaboration between local governments and NGOs. First, NGOs can decide to work for the municipality and collaborate with it from the inside. Secondly, NGOs can act as the political opposition and try to collaborate with the local government as political actors. Thirdly, established organizations can decide to move their activities elsewhere after several failed attempts at collaboration with the local government. And finally, CSOs can influence and exert pressure on local governments as watchdogs and whistleblowers.

In Romania, the modernization pressure on local authorities was particularly high, which is why internal reforms in progressive municipalities have become the main driver shaping the forms of collaboration with civic society. The idea and the slogan of participatory governance have gained ground in recent years. While this may bring positive results in terms of efficiency (see the case study about city managers in Romania), it often does not harbor any true democratic potential. Participatory mechanisms that are initiated from the top down face serious difficulties in mobilizing and empowering local civil society. Yet local administrations often seek such partnerships with social actors, while local initiatives tend to lack the proper narratives and necessary resources to make claims vis-à-vis local decision-making bodies that are overly technocratic, bureaucratic, or simply too distant and detached from the people on the ground. CSOs in Romania thus tend to invest their efforts elsewhere, and they have been especially visible during critical events in national politics that resulted in large-scale public demonstrations.

Support K-Monitor and contribute to democracy in Hungary, be part of the development of innovative tools, and help us advocate transparency and accountability!