Almost there? A number of issues remained unaddressed in Hungary's anti-corruption reforms

In our publications about the Hungarian Government’s recent steps against corruption, we already referred to the fact that the 17 measures agreed on by the European Commission (EC) and the Hungarian Government neither cover several corruption related issues raised earlier by the EC when preparing and launching the mechanism, nor significant aspects of the Country Specific Recommendations formulated by the EC in the last year. This publication aims to list a number of fields and interventions that should be or should have been covered when moving further with anti-corruption reforms as part of the conditionality mechanism, milestones for Hungary’s Recovery Plan or in connection with Hungary’s Partnership Agreement.

Although anti-corruption related interventions as a response to the EC’s conditionality mechanism became key elements of recent policy and lawmaking, no effort was put into transparent policy development or consultation with stakeholders. Still, K-Monitor and other Hungarian CSOs repeatedly published assessments of recent legislation and planned interventions by the Hungarian Government, hoping that at least a part of their observations and recommendations will be taken into account when aiming to safeguard the EU’s financial interests.

In the mentioned publication CSOs already formulated necessary steps in connection to the remedial measures of the Hungarian government that would be inevitable to ensure that public funds are safeguarded in Hungary. As public procurement was the key topic within the remedial measures offered by the Government to address the systemic deficiencies, K-Monitor dedicated a separate blogpost to the issues of concern. K-Monitor also analysed the possible impact of the proposed measures on the general situation of Freedom of Information in Hungary, a relevant bill was just adopted by the Hungarian Parliament. A fundamental topic left unaddressed so far is the independence of the judiciary. K-Monitor shares the concerns and recommendations formulated in the Hungarian Helsinki Committee’s recent publication on that issue.

This post summarizes a number of fields and interventions that should be or should have been considered when moving further with anti-corruption reforms in Hungary to ensure that there are improved conditions to safeguard the EU's financial interests. 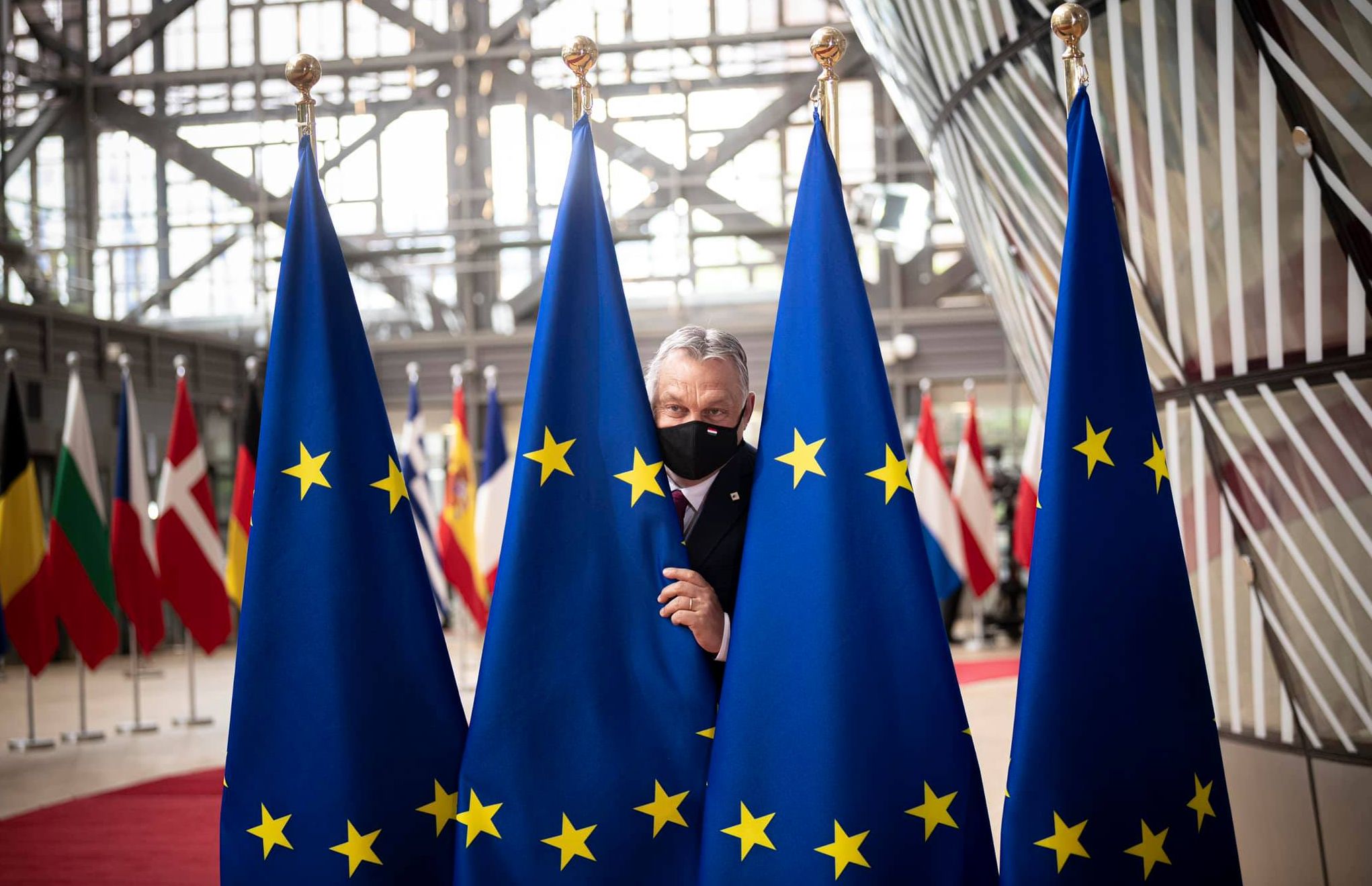 One of the most striking shortcomings is the lack of reforms concerning the protection of whistleblowers. Not only the 2019 Country Report addresses this topic referring to the study of the State Audit Office, but it is also a constant element of the Phase 4 Follow-Up Reports, on the implementation and enforcement of OECD Anti-Bribery Convention  [Additional Follow-Up 2022, Phase 4 Two-Year Follow-Up Report (Recommendations 1.a-1.e). The latest Rule of Law report also urges the Hungarian Government to take meaningful steps in this field as “No steps have been taken yet to address the major operational deficiencies in the whistleblower regime, including the limited protection against retaliation and the risks of disclosure of the whistleblowers’ identity”.  While various state agencies and bodies operate anonymous chats and receive reports and complaints, they are not uniformly operated. (Note, that the new measures also authorize the new Integrity Authority to process reports on corruption, but this intervention, together with the expected developments of the www.anti-lop.hu site only deals with irregularities related to the use of EU-funds.) Lack of regulated, safe reporting channels and incentives (such as providing legal and financial support for whistleblowers in need) may have contributed to the disappointing results of the latest Eurobarometer Survey that attest that less than one third of Hungarians know where to report corruption, which is is among the lowest figures in Europe.

A comprehensive reform would be timely, as the proper transposition of the 1937/2019 EU Directive in Hungary has still not been completed. Although the Directive is marked as transposed by Hungary according to the relevant Eur Lex-document, the quoted legal acts were adopted much earlier and fall short of providing whistleblowers the level of protection required by the Directive. It would be a basic sign of commitment from the Hungarian government to finally initiate the implementation of the directive and ensure protection for those reporting crimes and wrongdoings.

A similar deficiency in the anti-corruption framework arises from the insufficient regulation (and application) of lobbying rules. This shortcoming also has a serious impact on transparent, accountable decision-making, which has been repeated in virtually all country-specific recommendations since 2019. The 2022 Rule of Law Report also deals with this issue in detail.   The new measures adopted in October 2022 indeed introduce a sanctioning mechanism in order to prevent the omission of public consultation prior to submitting a bill to Parliament – but overall, the new provisions concern only a minor part of the requirement for transparent decision-making and and ignores individual decision-making (e.g. on certain subsidies, benefits and exemptions).

Creating strict conflict of interest rules and regulating revolving door situations is also an important factor for the improvement of the Anti-Corruption Framework – these areas are only partially covered by the new measures. New, but insufficient conflict of interest rules have been adopted in three areas: management of different EU-funds, public procurement and in the case of the public interest asset management foundations. A more comprehensive approach would also help curb tailor-made legislation and decision-making and the pursuit of private interests. This issue is also raised as a problem in the 2022 and the 2020 country reports, while the latest Rule of Law report also urges reforms regarding the revolving door regulations.

A key problem of the Hungarian anti-corruption framework is the highly centralized prosecution service, which is considered reluctant to investigate or indict in high level corruption cases. Prosecutorial reform is also a recurring recommendation of the Commission [CSR 2022, CSR 2019, CSR 2020], and was also raised by GRECO. Recent amendments do not introduce  organisational reforms in the prosecution system. The newly set up Integrity Authority will not perform prosecution services and it will not have a standing before criminal courts. It is important to stress here that the most effective measure to improve the detection and prosecution of abuse of EU-funds would be for Hungary to join the EPPO.

A key asset for journalists and civil society in their watchdog activities is access to information on public spending. According to K-Monitor’s experience and reports from the media, public institutions increasingly fail to comply with the FOI Act in proactively publishing information or responding to data requests. This has a chilling effect on investigative work as only few can afford to launch court procedures against non-compliant data holders. Recent amendments and bills under discussion intend to improve access to public information, an issue raised in several country reports (ROL 2022, Country Report 2019, CSR 2019, Country Report 2020. However, the adopted reforms are lacking measures to improve proactive data disclosure or data holders’ compliance with the FOI act. K-Monitor has dedicated a detailed analysis on the proposed measures in a separate blogpost.

Public procurement expenditure in Hungary amounts to around 7.5% of the country’s GDP, with a record amount of HUF 4222 bn (EUR 10.5bn) in 2021. However, compared to 2015 when the amount spent was only half of that, the number of procedures went down by almost 50% (from 14127 in 2015 to 7676 in 2021). This shows the significant concentration of the market in recent years. According to our view this concentration arose from the combination of numerous factors (our detailed assessment of the topic is available here), such as the increased use of framework agreements and gigantic tenders that excluded SME-s from directly submitting bids. The low level of competition, the high share of single bidder tenders have been raised by the EC in many of its publications. In the Commission’s proposal for a Council Implementing Resolution published in September, a third of the remedial measures proposed by the Hungarian government are related to the lack of substantive competition and corruption in public procurement. Despite the increased attention to this topic, the measures introduced so far are insufficient.

According to K-Monitor, the following recommendations would be key elements of an effective reform:

Transparency of programme and fund management

While Government Decrees adopted in September 2022 can indeed contribute to the transparency and the better allocation of EU funds, a number of issues remain unresolved. According to the EC’s proposal to the Council on 18 September, “the Hungarian authorities had not provided information regarding the measures taken to recover the amounts affected by the irregularities which led to the withdrawal of projects from Union funding, nor did they provide data on recoveries.” K-Monitor can confirm that there is no comprehensive publicly accessible documentation on the amounts that have been recovered after irregularities, nor the measures that have been implemented in such cases.

According to K-Monitor, the following recommendations would be key elements of an effective reform: