Conditionality Mechanism for the First Time: About us, without us

Only a post shared by Justice Minister Judit Varga on Facebook has revealed that the Hungarian government had sent a last-minute letter of response to Brussels on how to deal with rule of law concerns raised by the European Commission (EC). 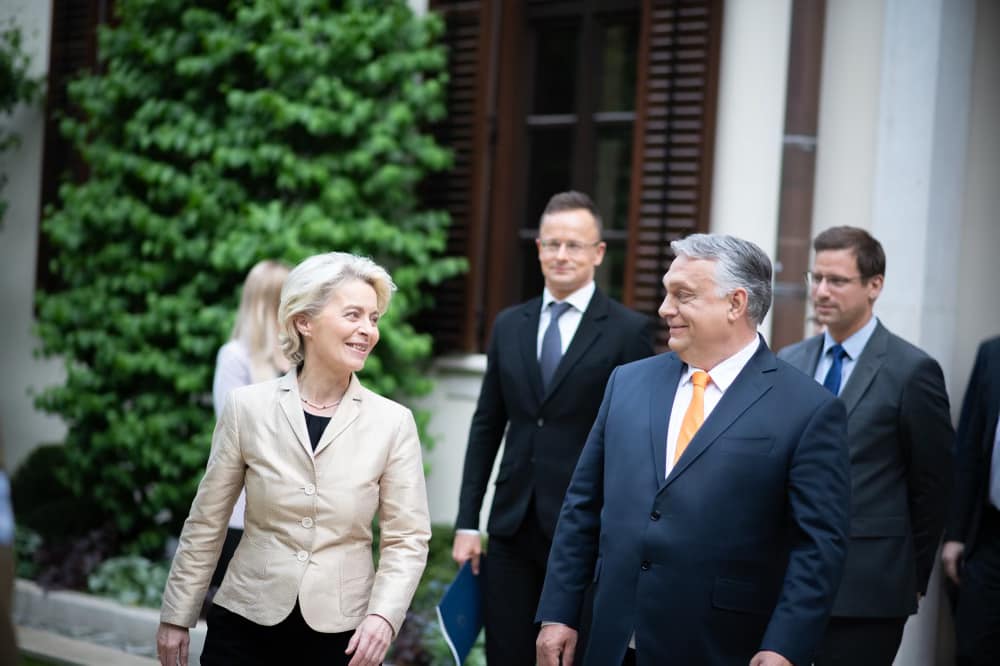 At stake in the negotiations between the EC and the government is Hungary's access to EU funds. In a brief statement, Ms Varga said that the response was preceded by intensive consultations, at the end of which the Hungarian government put a comprehensive package of measures on the table to address all the EC's concerns.

However, the Hungarian public has not yet seen any concrete action or any specific promise related to the conditionality mechanism. The head of the PM's Office, Gergely Gulyás evaded the question at a press conference this week, suggesting that he is not allowed to reveal certain points of the discussion on the handling of Hungarian rule of law problems, as agreed with the Commission.

In December 2020, the Regulation on a general regime of conditionality for the protection of the Union budget was adopted. The aim of the regulation is to provide the European Community with a new legal toolbox in case member states are not doing enough to preserve the rule of law institutions protecting EU funds.

Although the new rules entered into force in January 2021, it has long been unclear when the regulation would actually be invoked for the first time, as the Hungarian government challenged the Regulation at the Court of Justice of the European Union (Court) in March 2021, claiming that the regulation was incompatible with the TEU. While Poland supported Hungary, ten other member states intervened in defense of the mechanism. In February this year, the Court dismissed the Hungarian government's action.

Under the Regulation, when breaches of the principles of the rule of law in a member state affect or seriously risk affecting the sound financial management of the Union budget or the protection of the financial interests of the Union in a sufficiently direct way, the EC sends a so-called written notification to the member state's government. The notification shall state why the EC considers that the rule of law has been infringed in the member state. Afterwards, it has three months from receipt of the written notification to make observations on the EC's concerns.

Eventually, the Court found no infringement in the Regulation, so the Commission sent the Hungarian government a written notification in April this year, the first time in its history.

The notification has already been briefly mentioned in the EC's rule of law report published in mid-July:

‘The Commission has serious concerns about the use of the EU budget in Hungary. The concerns relate to breaches of the principles of the rule of law in relation to the use of public procurement and the functioning of the authorities implementing the budget, financial control, audit, monitoring, accountability process, transparency, prevention of fraud, corruption and other breaches of EU law, and the constant failure to implement the recommendations addressed to the authorities for several years.

This is demonstrated by an exceptionally high level of financial corrections over the years, documented by audit work and contradictory procedures. In the written notification, the Commission also referred to possible breaches in connection to public procurement, such as the limits to investigation and independent prosecution, as well as the lack of an effective anti-corruption framework.’

The report also states that the government has already replied once to the written notification on 27 June 2022.

K-Monitor believes that the Hungarian people - as EU citizens - have the right to know what the EC's criticisms of the Hungarian rule of law is about and the Hungarian government's addressing them, K-Monitor filed a freedom of information request at the EC in May.

However, the EC has refused to disclose the details of the procedure that will affect billions in EU funding.

On 23 May, the EC informed K-Monitor that the notification requested could not be made public, as forms a part of an internal decision-making procedure and its publication would seriously undermine the EC's decision-making process. It also argued that public access to the documents would adversely affect the EU's and Hungary's financial, monetary or economic policies, court proceedings and investigations, which has not been initiated yet.

The EC's refusal was not only about protecting its own interests, but also those of the Hungarian government. In its first rejection, it stressed that

K-Monitor filed a confirmatory application against the refusal and asked the EC either to publish the notification or to provide facts supporting the refusal.

The EC extended the deadline to reply and then informed K-Monitor that it would not be able to reply by the new deadline because internal discussions on the request had not been completed.

Finally, on 12 August, K-Monitor received the response to the confirmatory application: the EC still insists that no information can be disclosed, as the decision-making process is still ongoing, and is only in its very first stage. Disclosure of the notification would have serious consequences: it would undermine mutual trust between the EC and the Hungarian government, and

‘public access to this document may lead to interferences and speculations, ultimately entailing risks to the financial, economic stability of both the European Union and Hungary.’

Granting partial access to the documents was also examined but turned out to be impossible, the EC justified.

Since then, K-Monitor has also sent a FOI request to the Hungarian Ministry of Justice, but it has not been answered yet.

Why is it Necessary to Disclose the notification?

K-Monitor still believes that the EC's notification contains information of public interest, therefore, the public has the right to know the allegations and arguments which an EU institution and the Hungarian government are negotiating on, and ultimately delaying the disbursement of billions of EU funds.

Even though the EC’s procedure is not arbitrary, but based on well-founded country-specific recommendations, to hold the Hungarian government to account, its approach is suffering from a democratic deficit, as the EC does not even try to make its actions accessible and understandable to the public.

It is also problematic that while the notification has already been informally leaked to the Hungarian press, now it seems that there is no official way of accessing the EC's point on the rule of law situation in Hungary.

K-Monitor therefore seeks a remedy against the EC’s refusal, stressing that it is in the public interest to disclose the notification sent to the Orbán government.

The EC's reasoning for the rejection can be seen below: