Who Works for the Government in Hungary? Dunno since 2019

Since 2019, government bodies in Hungary no longer have to publish who they have appointed or who they have given titles, awards to. K-Monitor has turned to the National Authority for Data Protection and Freedom of Information (NAIH) to address the hollowing nature of transparency in public administration. This is the first part in our series  ‘Transparency in Public Administration.’ 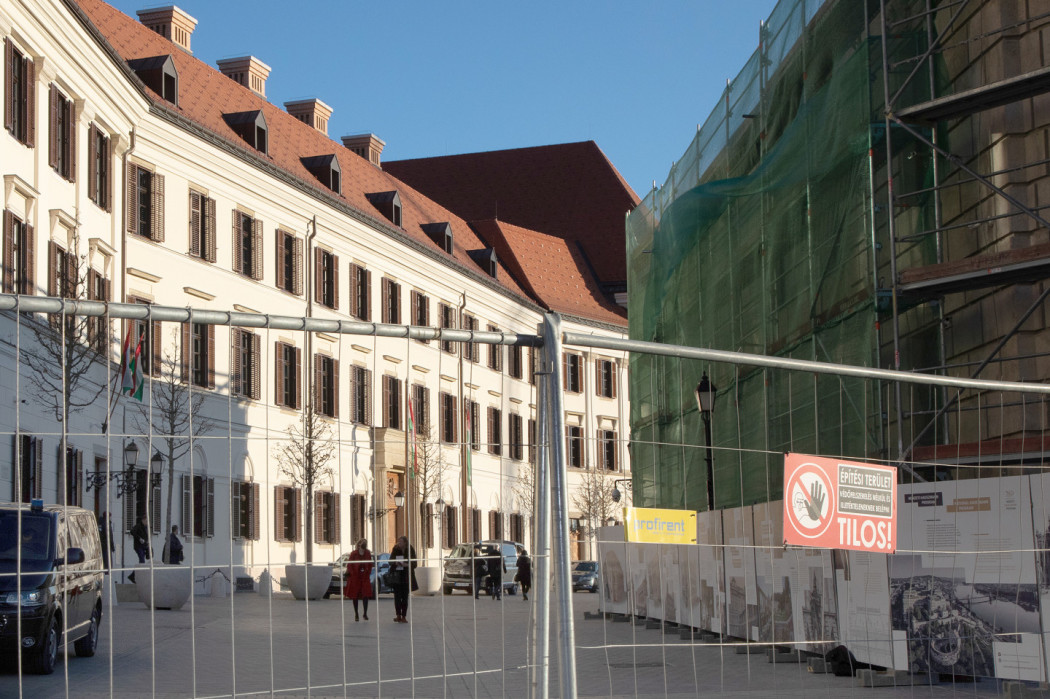 At the end of last year, independent site Telex reported that persons without a position in the government were given official access to enter government buildings. The appearance of various party members, persons from the government media, government controlled media concern KESMA leader Miklós Szántó and musician Ádám Fásy (with a gift bag in his hand) raises many questions. Who invited them? What is their role? What sort of information do they have access to? Do they receive any kind of remuneration? Under what law and what kind of accountability are they even subject to, when they have permanent access to the government premises?

Answering these questions has been even more difficult since publishing the most important information about persons working in the government is no longer mandatory. In addition, as the Telex video shows, it cannot longer be taken for granted that journalists can spot and question politicians entering the ministry as the area around the government buildings is cordoned off by police.

Thus, according to a law in force until March 2019, a special section, the so-called ‘Personnel Announcements and News,’ formed part of the ‘Official Gazette.’ The decree did not stipulate what exactly should be published in this column. However, in accordance with practice developed for a decade, information on the staff was published in this column: in which body, in which position in the central administration, who was appointed newly, who received honorary titles, bonuses or whose appointment had been terminated.

A previous good practice regarding transparency in public administration was to keep the central government website ‘kozigazgatas.magyarorszag.hu’ up to date. The website had been kicked off by the Gyurcsány government and was used by the current government until 2019. On a special subsite called ‘Profiles,’ the role, photo and main details of the senior government official's career (studies, previous positions) were publicly published.

In March 2019, the current minister, Ms Judit Varga's predecessor, Mr László Trócsányi, issued a new decree. Under the new law, state bodies no longer have to publish the above mentioned information proactively. The official database of explanatory memorandums does not contain any justification for the new law, so the reasons for the change in legislation, or more precisely the deregulation, are not available to the public. It is important to note that the legislation decreasing transparency had not been preceded by a public consultation either.

To sum the prevailing law up, from 2019 on, state bodies are only required to publish changes in their staff proactively if it is explicitly prescribed by the Freedom of Information Act. However, such information to be published covers only the names, roles and contact details of the main officials at a state body and units open to the public. All other data might be requested by submitting a freedom of information request, which is very lengthy, especially under the special law under state of emergency (official translation of the Government: ‘state of danger’).

It is clear that since March 2019, state bodies have had to be less transparent as the scope of proactive publication is narrower than previously. K-Monitor is of the view that the change has weakened the right to access and disseminate data of public interest enrishned in the Fundamental Law of Hungary. No reason can be traced that could justify the change, K-Monitor thinks. It is in the public interest to be clear about who is involved in government activities. Transparency of personnel is also important for tracking corruption risks. Disclosure of changes in staff can make it easier to identify conflicts of interest and revolving door cases.

Since the head of the NAIH responsible for FOI has the power to propose legislation, K-Monitor asked him to turn to the Minister to restore the previous law, which had provided more transparency, in addition, it had been in line with the Hungarian administrative tradition too. NAIH's response will be shared on this blog.

K-Monitor strives against corruption and promotes the transparency of public spending. Support us!