K-Monitor organized a two days event in June 2019 to discuss inspiring practices and emerging trends on citizens’ participation in local decision making. The event was attended by representatives of local governments and civil society actors from Hungary, Spain, France, Italy and Romania.

We at K-Monitor firmly believe that corruption is a problem that affects all parts of the society and harms everyone regardless of their beliefs, ethnicity, gender or political orientation. It not only causes enormous economic harm, but also undermines trust in institutions and opens doors for populists and political adventurers. It endangers democracies and also hurts people in regions where good governance would be must to eliminate hunger, poverty and violence. The best antidote against corruption is a society where citizens have a feeling of ownership over institutions and actively shape their environment. This is how K-Monitor’s focus shifted from being mainly a tech oriented anti-corruption watchdog and advocacy group towards becoming a community that combines issues of technology, integrity and transparency with supporting participatory processes, especially on the local level.

Civic participation that goes beyond elections has to be an essential part of local self-government. However, there are some conditions that should be met to allow wide access and ensure inclusivity: citizens need to have spare time beyond their daily duties, access to public information needs to be secured and tools and methods should be created that allow smooth communication between citizens and authorities.

Hungarian municipalities are lagging behind when it comes to civic participation, although the increasing number of local citizens movements will hopefully enforce responsivity and participatory processes in the near future. But even in countries that have great examples of local level participation, not all towns and cities exercise new democratic processes. The different ways of cooperation between citizens and municipalities and how such methods can spread in Europe were the topics of the two day event organized by K-Monitor in June 2019 and attended by changemakers from civil society and local government.

The program started with the international Conspiracy for Democracy workshop on successful collaboration methods and challenges that come up in such processes and was followed by a conference with a strong focus on the local community. We asked some of our international guests to contribute to the debate by presenting their stories to the participants. The core topics covered by the presentations were citizens’ councils, digital participation platforms and open budgetary processes. Below we summarized the most important sessions of the event. 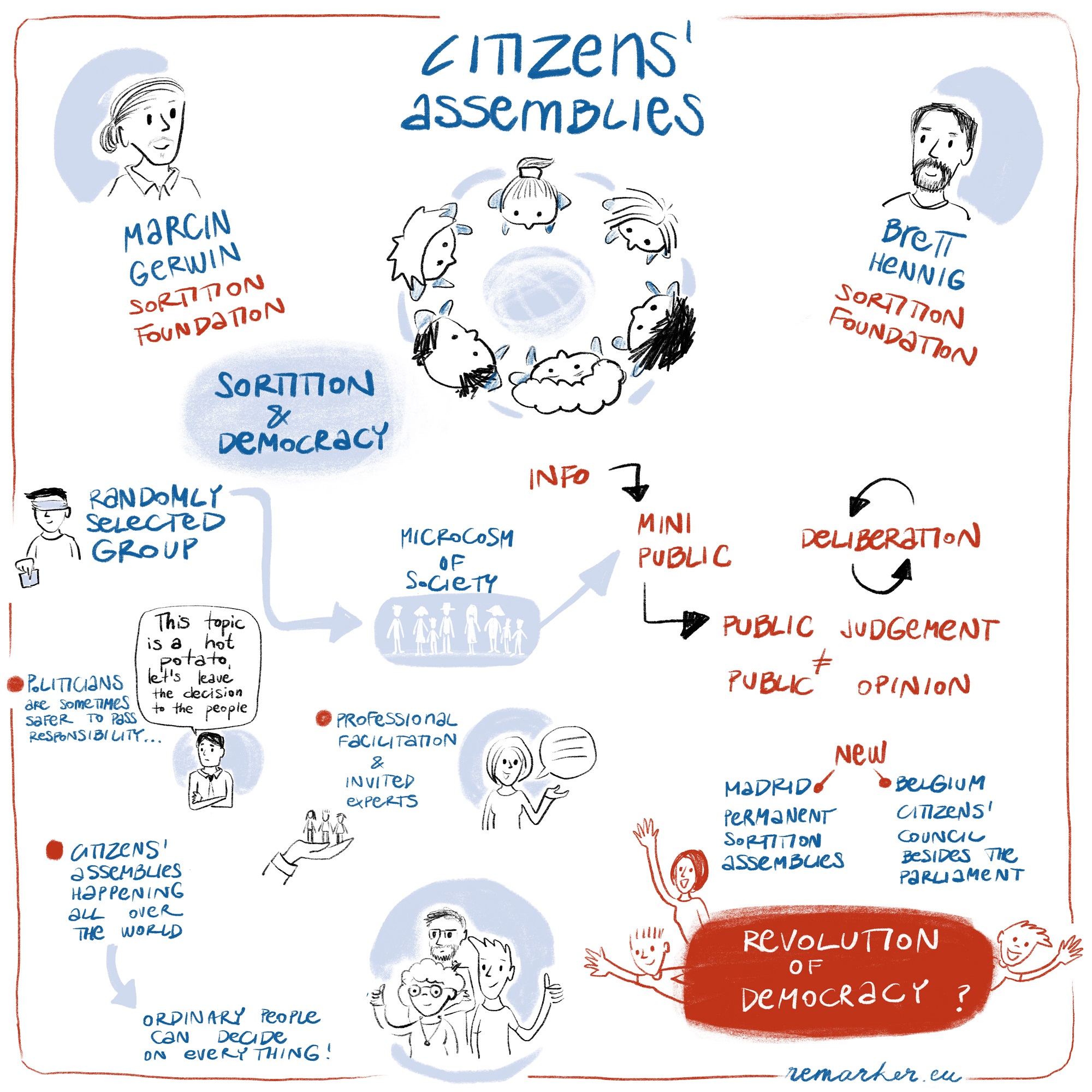 Citizens’ Councils offer a new concept of democratic representation. In short, it is a second plenary session in the given municipality, next to the elected council. The Citizens’ Council intends to establish a representative way of participation by paying attention to gender, age and other criteria. One purpose of such a council is to present high-legitimacy, near consensual package of proposals to decision makers, which they then decide about. Citizens’ Councils are mainly created around contentious issues (for example: anti-pollution measures, large investments). Participating laymen receive support from experts and facilitators, to develop its position through a lengthy process of debates. The concept is that in this way the Citizens' Councils can make a better and more responsible decision than representatives on their own,who are often influenced by lobby interests and political affiliations. Members of the Citizens’ Council are appointed through a special lottery done by the Sortition Foundation.

Digital participation platforms have conquered many major cities around the world in recent years. These websites open up new channels for citizens: they can make suggestions, discuss them and even make decisions. They can comment on submissions or plans for an investment. The Decide platform presented by our guest from Madrid was created in international cooperation. When applying the Consul Platform, the municipality receives a free, open-source participation platform similar to Madrid’s. Such developments are based on feedback from dozens of users already using the site, eg. in Slovenia, Spain, or the Netherlands. Time for Hungarian municipalities to experiment such platforms and establish the possibility of digital participation beyond the world of idea boxes and PR driven online voting.

In participatory budgeting a predetermined part of the city budget is decided on by the residents of the city. It sounds utopian, but these initiatives are proliferating worldwide, even in our region. Istán Szakács explained in his presentation the story of participatory budgeting in Cluj-Napoca with all its challenges and flaws, furthermore gave an insight into the theoretical dilemmas that came up along the process. He pointed out that citizen involvement without genuine deliberation and face-to-face contact can be reduced to a PR tool in local politics. However, if one is serious about its introduction, the method has a radical potential for renewing democracy.

Two roundtable discussions dealt with the situation of a civil-municipal cooperation in Hungary, exploring how such relationships can indeed be a source of mutually beneficial, trust-based and creative innovation. Of course, we also talked about the difficulties. Marietta Le, co-founder of Járókelő (a community similar to Fix my Street), Mátyás Sain, design analyst at Lechner-VÁTI and Cili Lohász, member of Valyo (City and River Association), reviewed the aspects of the activist side. Exciting perspectives were brought into the debate when discussing apathy or the lack of engagement of citizens in Hungary. In another round members of local governments discussed their relationship towards activists and how they approach open and participatory decision making. Participants were Mónika Virányiné Reichenbach, the mayor of Pázmánd and Attila Varga, the municipal representative of Kispest, the only municipality that has experimented with participatory budgeting so far.

The transparency of budgets was discussed in several sessions of the event, including a Budget School held by Miklós Merényi of K-Monitor. Miklós showcased tools K-Monitor is working on, such as WeBudget, or an application that was developed in cooperation with the municipality of Zugló. Furthermore, he explained how elementary openness and budget literacy influence the effectiveness of participatory budgeting. lay In order to think about participation, the elementary openness of the municipal operation is essential.

The event was supported by Fundaction, Advocate Europe and the Embassy of the Netherlands in Budapest.